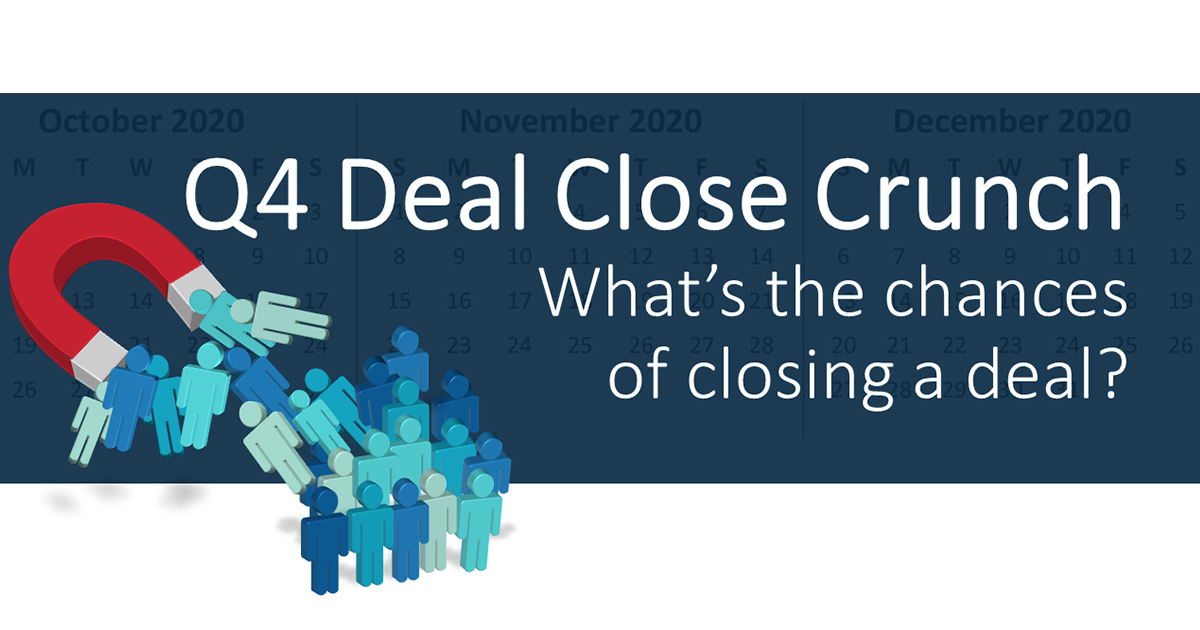 It’s finally Q4 2020! What a year, right?  If you’re a CEO, business owner, or you lead a B2B sales team, you want to ensure that the deals in the pipeline will close in Q4.

Here are four questions I recommend you ask your sales reps to determine the quality of the leads currently in their pipeline.

What is the desired situation?

Does the client or the prospect really understand what their desired situation is? In other words, has that client articulated a vision of the future describing where they would like to be? The salesperson likely understands that, but does the customer? How do they know?

What is the cost of NOT taking action?

The second question that you want to ask is very critical:

Has that customer explained or shown what the costs are of not doing anything? This cost could be financial, time, or resources. This is very critical. It’s not what the salesperson knows (or thinks they know).  Ask the salesperson to list what the client’s or prospect’s estimate of costs of status quo are.

Are you getting meaningful commitments?

Ideally, this question was part of the entire sales process. In any event, as you get closer to actually closing this deal, is the client giving commitments? Have they actually expressed specific dates, and committed specific people that would need to be involved to make finalizing the deal in Q4 a reality?

Have you identified the decision makers?

This last question has to do with the mechanics. I can’t tell you how many times I’ve had a coaching discussion with a salesperson about a particular deal, and it turns out they’ve only been dealing with one or two people in an organization.

When, in fact, once the paperwork goes through, there’s actually four more people that have been added, and now the entire process is held up. Sometimes this has actually killed the deal entirely. At best, iIt certainly didn’t allow it to close in the quarter that was originally projected.

So ask that sales rep: who are the specific people that are involved in this final closing event? What are the company’s policies and procedures for approving a purchase?  Oftentimes, there are legal language issues, regulatory compliance questions, and in today’s environment, business continuity plans that must be ironed out and approved.

2020 has been a tough year of unprecedented uncertainty.  As any experienced B2B sales professional knows, there are often a multiple set of various complications and roadblocks that need to be understood and surmounted before you can have confidence that this deal is going to close in Q4.

Asking these four questions will improve the accuracy of your Q4 revenue forecast in these uncertain times .