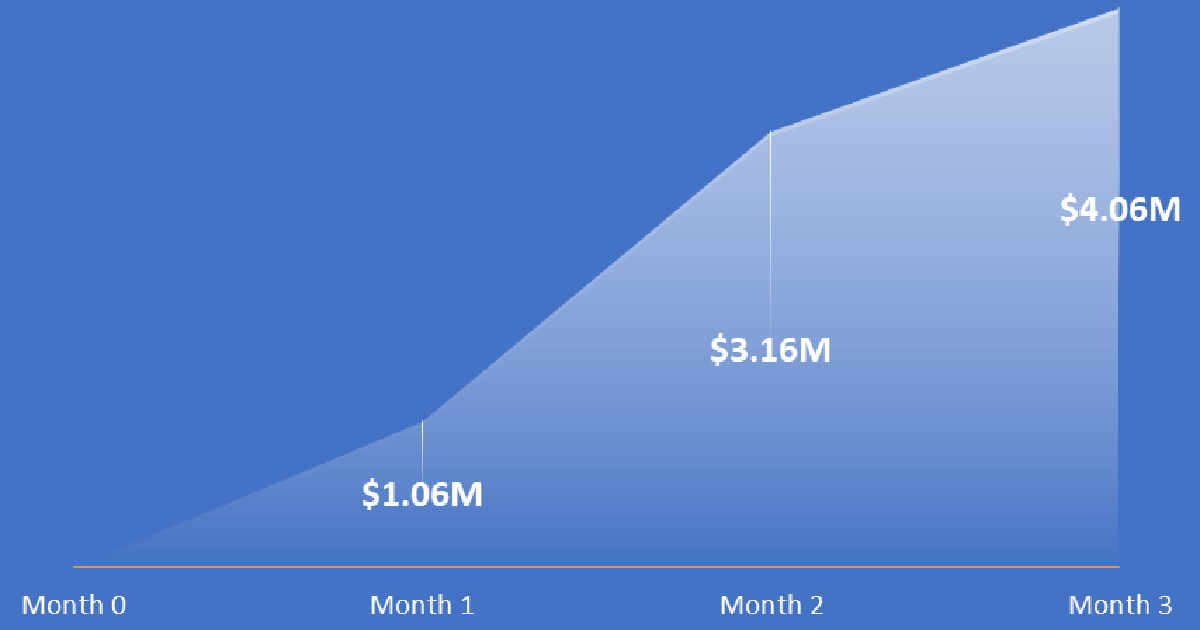 Our company has ambitious growth targets. Innovo Sales developed and implemented a proven sales playbook strategy and actionable plans, leveraged by technology integration, and hands-on sales leadership to get us on track to meet and exceed our sales goals.

Bear Staffing focuses on hiring and placing employees in high volume, high turnover, industries, such as IT, call centers, distribution, and medical.

The company wants to grow quickly and strategically to increase the company's value. The main driver of that is increasing sales on a quarter-over-quarter basis.

They wanted to accelerate the growth pace, so they started adding two to three additional sales people every four to six weeks—which clearly is an expensive and laborious approach to gaining market share! In addition, new hires were slated to work in various offices across the country, including Florida, Texas, Pennsylvania, Wisconsin, & Minnesota.

The challenge with any situation like this, though, is to ensure that newly hired salespeople are effective and actually generating revenues as quickly and efficiently as possible. Fortunately, they realized that for an aggressive growth strategy to succeed, it requires a process that's repeatable and scalable. In other words, “lather. rinse. repeat”. When it comes to onboarding, it doesn't matter if you have one salesperson or one thousand—the process is the same.

Most of the companies we work with either are using legacy traditional approaches, and sometimes don't even have a process yet. In order to repeat something that's working, it needs to be a repeatable, measurable process. Bear Staffing realized that when adding all these salespeople so quickly, if it's not organized, then it’s likely they're not going to achieve those goals.

The other reality was that this is a small B2B company. They simply don't have the internal resources and experience to put something like this together. They really needed someone to help them not only create a plan based on their unique needs and their unique market, but also execute it. They didn't have the bandwidth for someone to run the weekly sales meetings, as well as the one-on-one’s.

To address this, Innovo created a custom playbook that looks at every stage in the sales process. But, more importantly for someone new, it provides the salesperson with their daily actions for every day of the first 90 days of their employment. This plan is monitored and measured, so each week, the new salesperson knows exactly what their individual goal is and if the goals were achieved. Bear Staffing senior management also required visibility to sales activities and outcomes in real-time and from any location.

When activity is organized, measured, and supported, it leads to accomplishment.
— Mark Kesti, CEO, Innovo Sales

It was a significant effort to strategize, plan, implement, and roll out this program, but the results made it worthwhile for everyone involved. Even after only a few months, the Sales Playbook has provided the foundation for a new pace of growth. We've gotten some excellent traction, including a total pipeline value of qualified new opportunities in excess of $10 million, all within a few short months. In the same period, $4.1 million in annual contract value was successfully closed.

The key outcome for Bear Staffing is that they now have many new salespeople that were quickly onboarded, and provided with the tools, resources, sales coaching and leadership to be successful. By measuring their output on a regular basis through an automated process, they are able to quickly see who is effective and who is not.

All of this resulted in a tremendous amount of new opportunities for this company, and—most importantly—actual new business booked.

The playbook is digital, in PDF format. Everything is linked to the specific documents that they would need at any given point.

For example, let’s say the salesperson encounters an objection. There's a section in the playbook about objections. Every industry has a handful of the most common objections they’re going to get when cold calling. They are all listed in the playbook, along with ideas for responses.

Another aspect the playbook addresses is the cadence of activity and prospect messaging. Instead of each brand new salesperson having to invent their own, that's all been templatized within the CRM. The messages are far from generic, though. it’s been personalized for the specific industry as well as the company. In addition, the template themselves are actually personalized to the specific person receiving it with that specific person's company's name in it.

The cadence begins with the initial email, then it's followed up immediately with a phone call. And then they follow that particular lead on LinkedIn. And then day three, there's another email. Everything is templatized. So it makes it easy for them to have quality touches, track the outcome of those leads, and secure appointments.

They had a prior VP of Sales with industry experience, but not with ramping up and scaling a sales organization. The other challenge that sales were not increasing at the rate they were targeting. They kept hiring multiple new sales people, but still weren't getting the results they needed. It wasn't necessarily a reflection on the people they hired, but it was more of an issue that process wasn't organized, and there wasn’t someone overseeing it.

Though, it's one thing to set it up and get it going, get traction and get results. But how do you ensure that sales managers and regional directors continue on that path? Do they have the tools the skills to run that in their respective regional offices to ensure that it continues? The other part of this puzzle was to make sure that the new salespeople and people hired after them can use the same “cookbook”.

So, in addition to the playbook for sales, we also created the Sales Leadership Playbook. I initially serve as their fractional VP of Sales, including strategy, content, setup, technology, everything. We do a weekly sales meeting with each of the new hires, where we review their success over the previous week and what the plans are for the upcoming week.

My job often times is to work myself out of a job. Ultimately, we help them recruit and hire a sales leader or sales leadership team. But at least for now the foundation is there, the processes are in place, and the results are coming in. So even when they are ready to manage it internally, it's going to require much less time and resources.